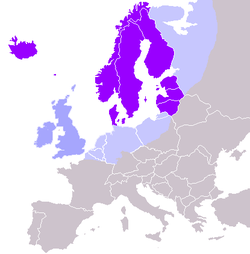 The “New Dark Ages” in Western Europe and North America: Comparisons with the Fall of Rome

Coronavirus Crisis Reminds Us of Eternal Truths of Marriage and Family

(source) In today’s modern world, seemingly everything has been transformed into something political. Eternal truths and universal lived experiences are ignored, cast aside and ridiculed as outdated and even bigoted. Institutions like marriage and family are remade into political paradigms to serve emerging ideologies. Even science is scorned in order to advance gender ideology. But […]

Decadent Like The Late Roman Empire, The West Is Committing Suicide Through Its Irrational Response To Covid-19

(source) Many think Covid-19 is some kind of alien invasion that spells the end of the world. But the real threat to us is a much deadlier virus: a hatred of all the values that have underpinned our civilisation for centuries. For years, I was puzzled as to why the Roman Empire ceased to exist […]